I would like to come back on balanced of ressources. After played more on campaign, look like we have too much war supplies again. War supplies could be an interesting ressources to think but in every ageod games we have way too much . Maybe nerf WS revenue in next patch.

It has been great so far!

A bit sad about IA, it doesnt offer enought challenge. This how you crushed Eugene in Italy, you wait he attack on winter, crossing bridge without artillery. 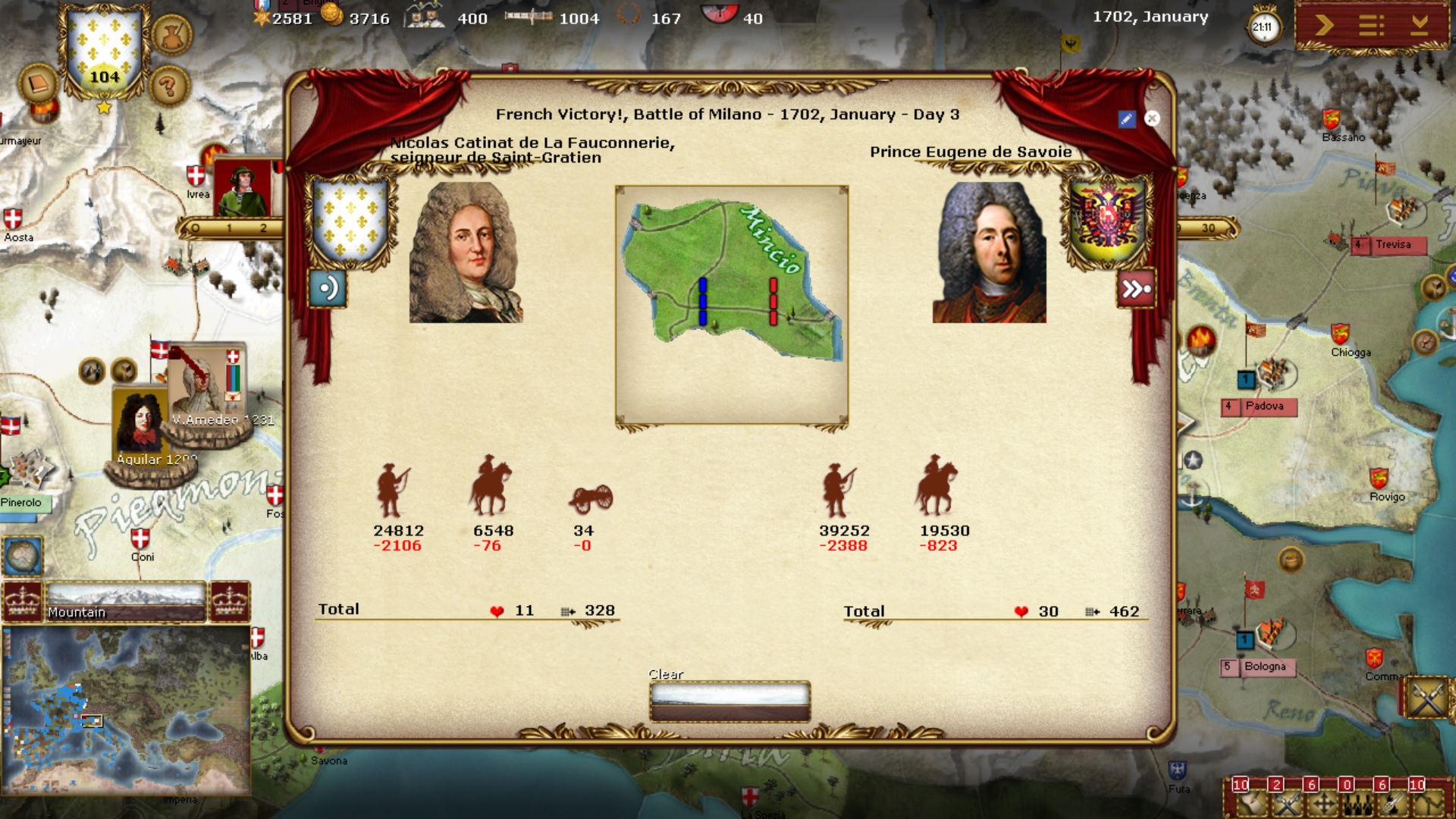 The AI improves over time thanks to patches, as the scenario designers understand better from reports how the AI can be guided further. See how RED or AJE improved over time on AI.

This just could be the most beautiful AGEOD game ever, and that is saying something.

Thank you very much

I am very early in and just starting to mod it, but it looks to be very good. Memories of Revolution Under Siege come back to me

Sorry, there are two systems of saving in Ageod games, there are .ord files in WSS. Try searching the saves in this folder:

OK, last try. Note that Appdata is a hidden folder.

Where may they be?!

This thread is getting way off topic on a technical issue that I already know the solution to resolving. So, I'll pass on the posting screen shots. It's not that big of a deal. When I do a reinstallation and I still can't find it then I'll post something to the tech forum if one exists by then, but I'm not bothering with it now. As part of my first impressions, I just wanted to note that WSS has Ageod's bizarre saved game feature as being one of its few negatives.
Post Reply
19 posts • Page 1 of 1

Return to “Wars of Succession”